Langemark, Belgium 05 February 2004
Langemark German Military Cemetery.
The cemetery started as a small group of graves in 1915. Burials were increased here by the German military directorate in Gent during 1916 to 1918.
In the mid 1920s, the Official German Burial Service in Belgium began to renovate the cemeteries in Flanders, the cemetery was renamed Langemarck-North. With the setting up of a register of German military cemeteries in Flanders in 1930 the cemetery was renamed as German Military Cemetery Number 123. It was officially inaugurated on 10 July 1932.
During the 1930s approximately 10,000 soldiers were brought here from 18 German burial sites around the region of Langemarck and the total number of burials in the cemetery reached about 14,000. About 3,000 of the graves were those of the Student Volunteers who died in the battle of Langemark in October and November 1914 and as a result of this the cemetery became known as the Student Cemetery - Der Studentenfriedhof. Eight soldiers were buried in each plot and they are marked by a flat stone inscribed with their names, where known. First world war vestiges report. Extracts of www.greatwar.co.uk
Photo: Ezequiel Scagnetti 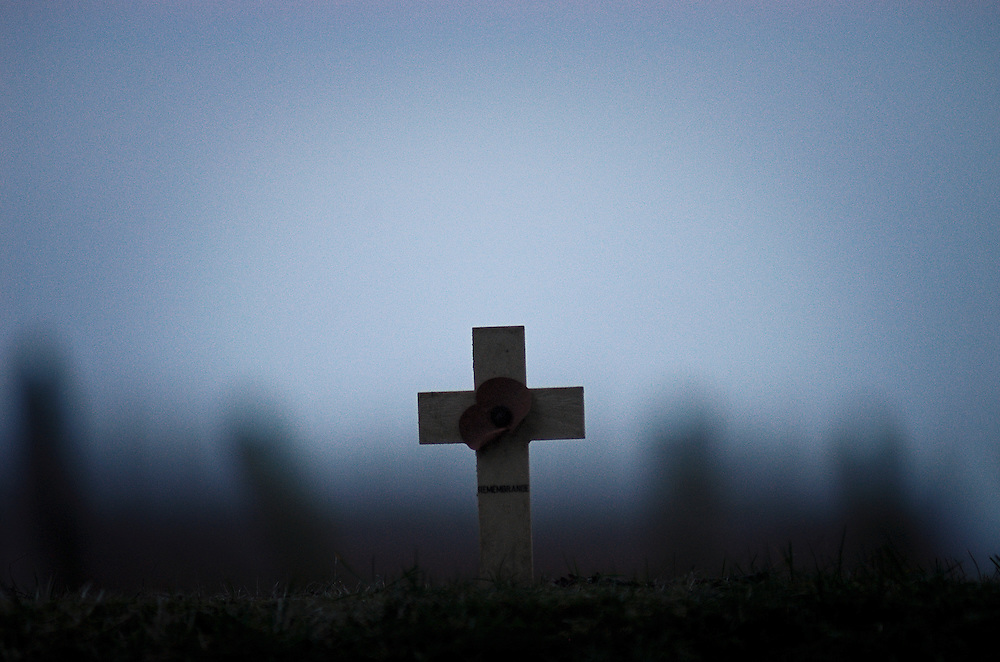