Istanbul, Turkey 18 February 2008 - View of a snow-covered Hagia Sofia museum. Hagia Sofia was built between 532 and 537 by the Christian Emperor Justinian I as a Byzantine church, which it functioned. as for the next 900 years. In 1453, the Islamic-faithed Ottomans took over Constantinople (now Istanbul). They wasted little time in converting the Hagia Sophia into a mosque. It served the Muslims for almost 500 years. The Ottomans painted over the Christian mosaics - and erected the four defining minarets we see today. In 1934, Turkey changed the Hagia Sofia's status from mosque to museum and uncovered the priceless Byzantine mosaics. Istanbul, historically Byzantium and later Constantinople, is Turkey's most populous city , and its cultural and financial center.
Photo: EZEQUIEL SCAGNETTI / PHOTOSHELTER 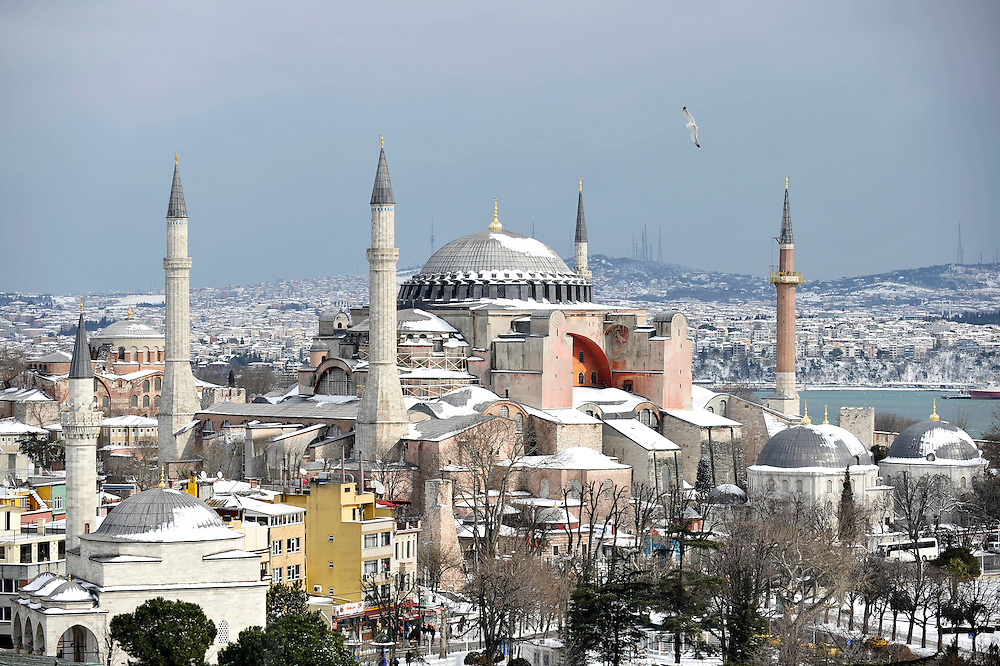