Buenos Aires, Argentina 19 August 2009
A couple dance tango at the Milonga "Porteño y Bailarín", a traditional tango club in Buenos Aires.
Argentine tango is a unique social dance and a musical genre that originated in Argentina and moved to Uruguay and to the rest of the world later on.Even though the present forms developed in Argentina and Uruguay, they were also exposed to influences reimported from Europe and North America. There are records of XVIII and early XIX century tango styles in Cuba and Spain, while there is a flamenco tangos dance that may share a common ancestor in a minuet-style European dance. Consequently there is a good deal of confusion and overlap between the styles as they are now danced - and fusions continue to evolve.
PHOTO: EZEQUIEL SCAGNETTI 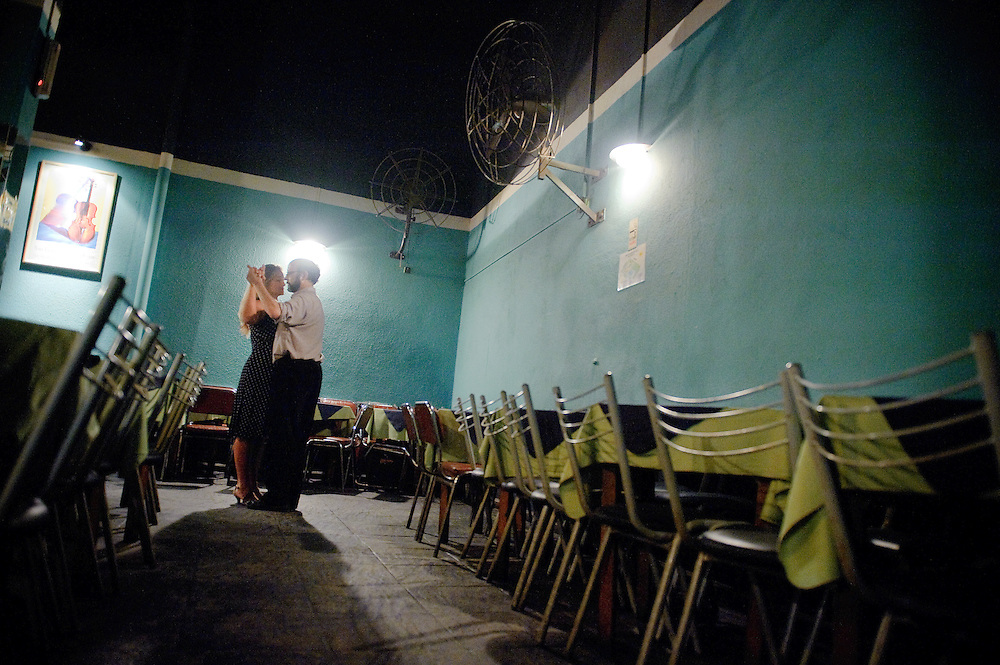