Buenos Aires, Argentina 22 August 2009
Aerial view of 9 de Julio Avenue and the Obelisk monument, in Buenos Aires.
The Obelisk of Buenos Aires (Obelisco de Buenos Aires) is a modern monument placed at the heart of Buenos Aires, Argentina. Porteños refer to it simply as El Obelisco.
The obelisk is one of the main icons of the city, and a venue for various cultural activities (usually sponsored by the city government) and other events. It is the traditional gathering spot for sports fans to celebrate when their favourite team wins, especially from the national football team, often resulting in colourful events that attract media coverage. It was also used by several acrobatic troupes to perform high-wire acts.
Avenida 9 de Julio is the largest avenue in Buenos Aires, Argentina. Its name honors Argentina's Independence Day. (July 9, 1816).The avenue runs roughly one kilometer to the west of the Rio de la Plata waterfront, from the Retiro district in the north to Constitución station in the south. The avenue has seven lanes in each direction.
Photo: Ezequiel Scagnetti 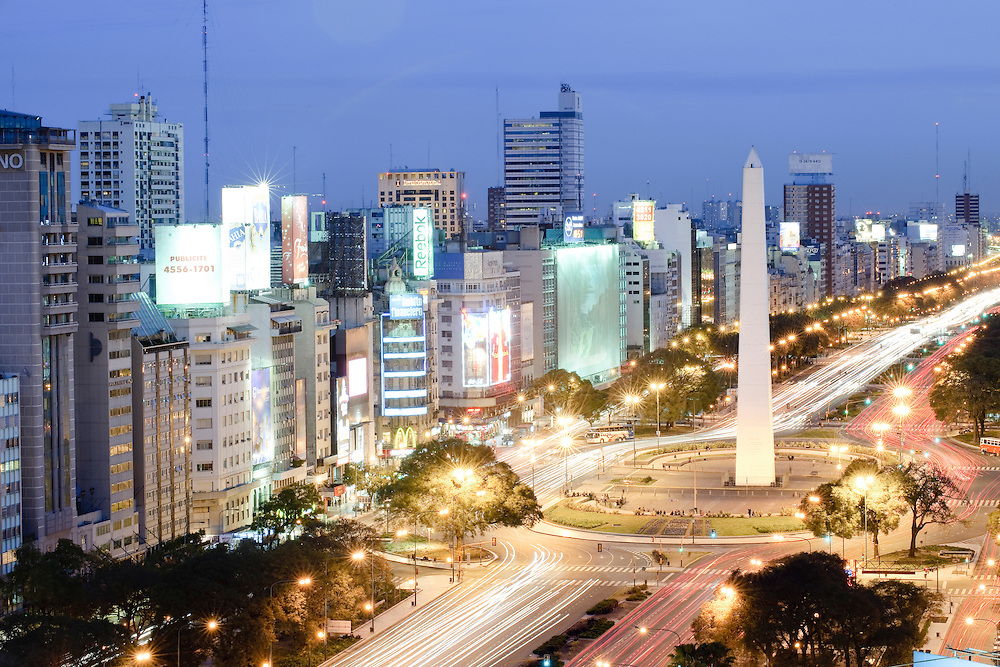