Moynaq, Uzbekistan 29 March 2012
View of the the boat cemetery in the Aral sea.
The Aral sea was a lake that lay between Kazakhstan in the north and Karakalpakstan, an autonomous region of Uzbekistan, in the south.
The name roughly translates as "Sea of Islands", referring to more than 1,534 islands that once dotted its waters.
Formerly one of the four largest lakes in the world with an area of 68,000 square kilometres, the Aral Sea has been steadily shrinking since the 1960s after the rivers that fed it were diverted by Soviet irrigation projects. By 2007, it had declined to 10% of its original size.
PHOTO: EZEQUIEL SCAGNETTI 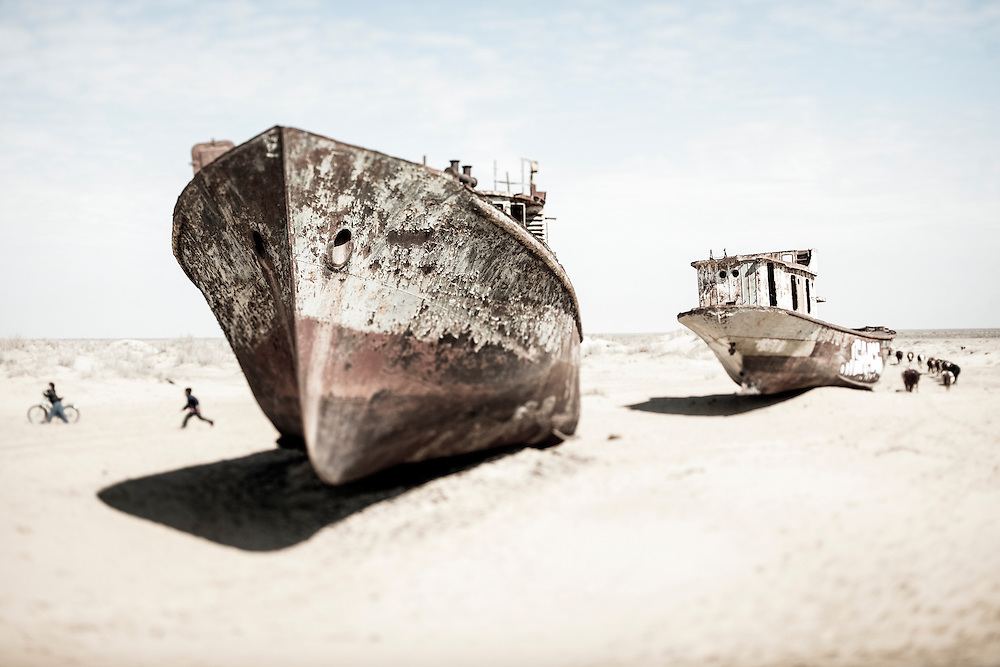