Samarkand, Uzbekistan 19 March 2012
The Gur-e Amir, Timur's mausoleum.
Gur-e Amir is Persian for "Tomb of the King". This architectural complex with its azure dome contains the tombs of Tamerlane, his sons Shah Rukh and Miran Shah and grandsons Ulugh Beg and Muhammad Sultan. Also honoured with a place in the tomb is Timur's teacher Sayyid Baraka.
The earliest part of the complex was built at the end of the 14th century by the orders of Muhammad Sultan. Now only the foundations of the madrasah and khanaka, the entrance portal and a part of one of four minarets remains.
PHOTO: EZEQUIEL SCAGNETTI 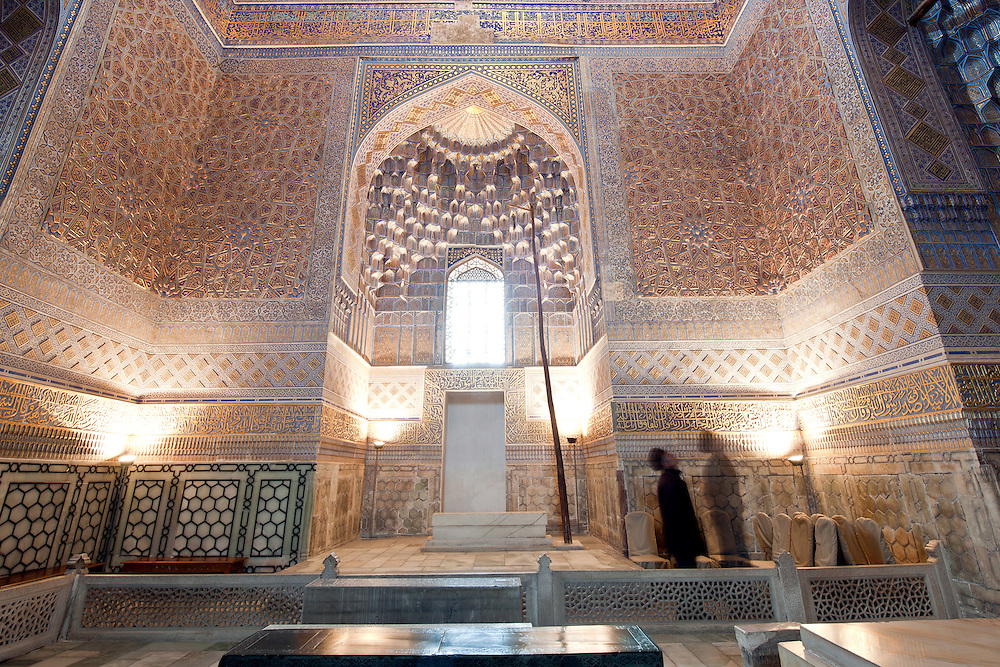