Outskirts of Tunis, Tunisia 28 October 2011
Mohammed Shems Eddin and Kamilia Ben Said, who took part in the Jasmine Revolution, pose for a picture in the house of Imed Trabelsi, nephew of Leila Trabelsi, despoiled during the Jasmine Revolution.
In January 2011, during the Tunisian Revolution, the houses of the Trabelsi family were looted by the revolutionaries. Leila Trabelsi is the wife of fugitive Zine El Abidine Ben Ali, former president of Tunisia. Members of the Trabelsi clan were charged with various accusations of illicit enrichment and corruption.
Photo: Ezequiel Scagnetti 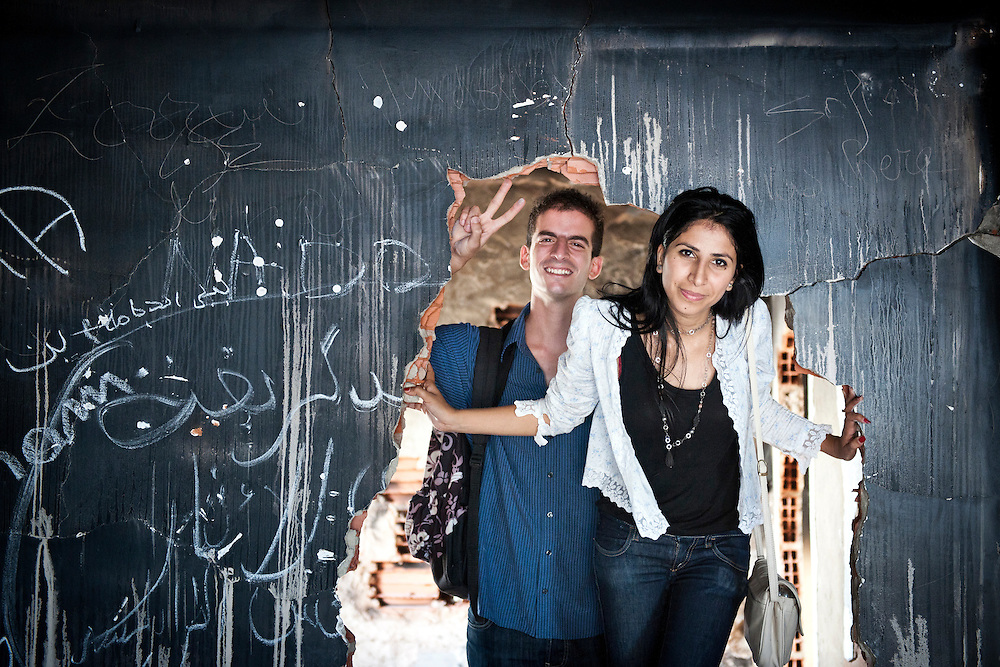