Buenos Aires Province, Argentina 20 August 2009
Silke Olscher and Marcos Guiraldes, managers of Estancia La Sofia, prepare for a polo training.
The Polo is a typical Argentinian team sport played on horseback in which the objective is to score goals against an opposing team.
A game first played in Persia at dates given from the 6th century BC, or much earlier,to the 1st century AD and originated there.
Polo was at first a training game for cavalry units, usually the king's guard or other elite troops.
PHOTO: EZEQUIEL SCAGNETTI 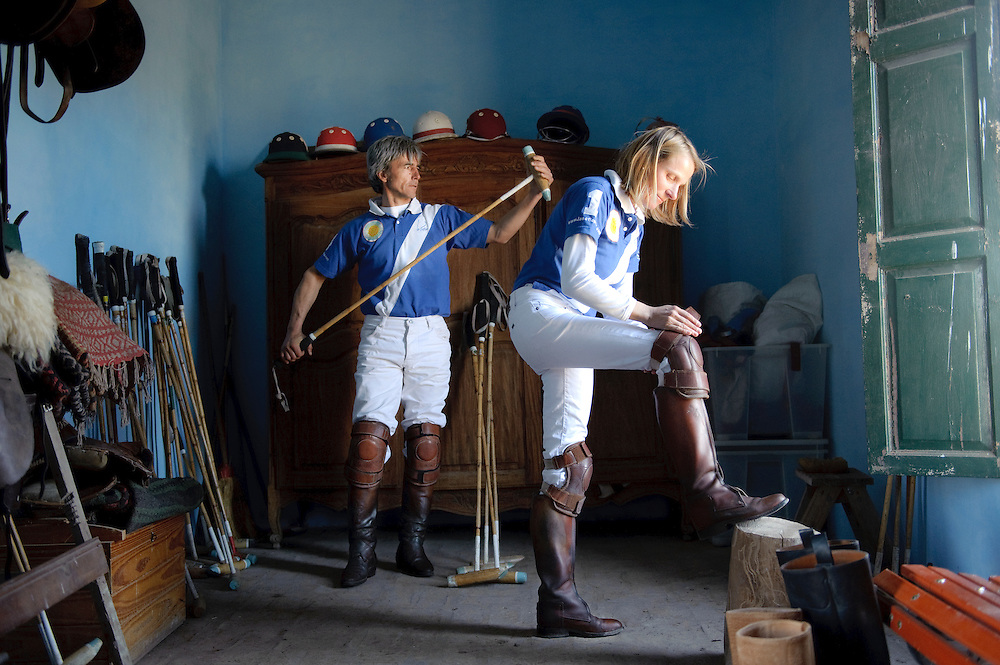