Istanbul, Turkey 18 February 2008 - View of a snow-covered Blue Mosque, Istanbul. The Blue Mosque was built from 1610-1619 under Sultan Ahmed I. beside the Hagia Sophia on the site of the Great Palace of Byzantium, separated only by a small park. With the unusual number of six minarets and a great cascade of domes and semi-domes, which billow heavenward towards the mosque's great dome, the Blue Mosque is a worthy pendant to the Hagia Sophia. The interior is of great beauty and grandeur and surprises with its bright atmosphere. Numerous stained glass windows as well as domes and semi-domes surrounding the main dome create a charming play of light and give the walls an amazing transparency. The walls are decorated with an abundance of marvellous tiles and precious materials, its name however the Blue Mosque didn't get because of the blue tiles but because of the elaborate painted decors. Istanbul, historically Byzantium and later Constantinople, is Turkey's most populous city , and its cultural and financial center.
Photo: EZEQUIEL SCAGNETTI / PHOTOSHELTER 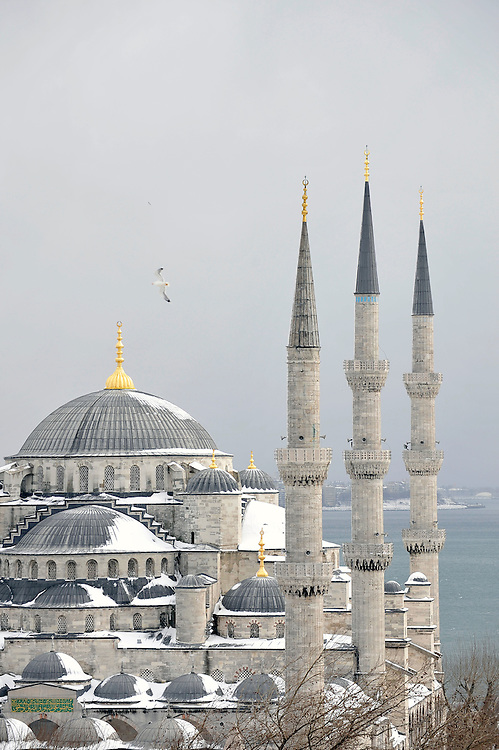