Buenos Aires, Argentina 15 August 2009
Stencil art in Buenos Aires.
The stencil art takes the streets of the Argentinian capital. Urban artists bomb in silence the city with messages that combine political and social content, imagination and irony.It can be found imprinted on a dilapidated wall in the old neighbourhood of San Telmo, or on a concrete pillar supporting one of the motorways leaving Buenos Aires. Likewise, it can be found in the plaza de Mayo, the political heart of the city, or on Corrientes, the avenue that never sleeps and is famous for its theatres, cinemas and cafés. It is simply an image which provokes laughter or incites reflection.
PHOTO: EZEQUIEL SCAGNETTI 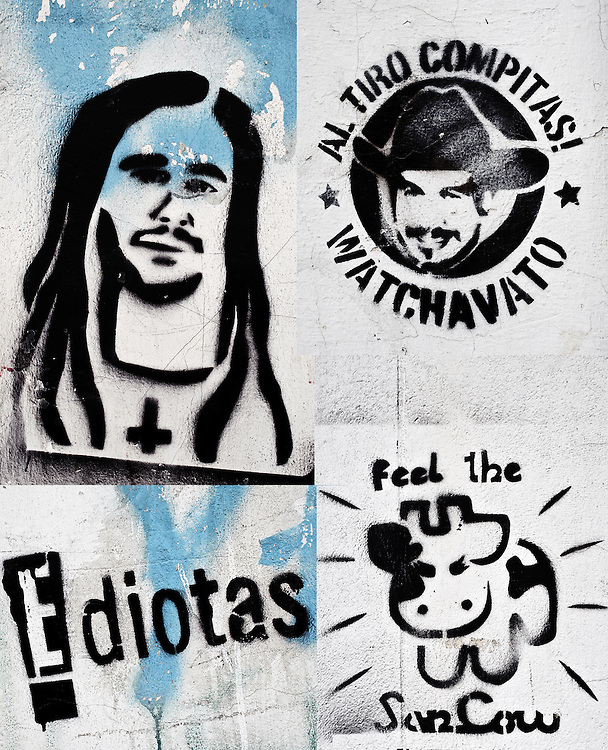