Passendale (Passchendaele) Belgium 05 February 2004
Members of the Dutch Armed Forces visiting theTyne Cot British Military Cemetery and Memorial.
Tyne Cot Cemetery is the resting place of nearly 12,000 soldiers of the Commonwealth Forces, the largest number of burials of any Commonwealth cemetery of either world war.
The dates of death of the soldiers buried at Tyne Cot cover four years from October 1914 to September 1918 inclusive.
About 70% - almost 8,400 - of the total graves in Tyne Cot cemetery are marked with headstones which are inscribed with the words 'Known unto God'. These are some of the 90,000 British and Commonwealth soldiers who fought and died in the Ypres Salient but whose identities could not be established at the time of burial or reburial. The names of these unidentified soldiers are inscribed either on the Menin Gate Memorial in Ypres (Ieper) or on the Memorial wall at the rear of Tyne Cot cemetery.
First world war vestiges report. Extracts of www.greatwar.co.uk
Photo: Ezequiel Scagnetti 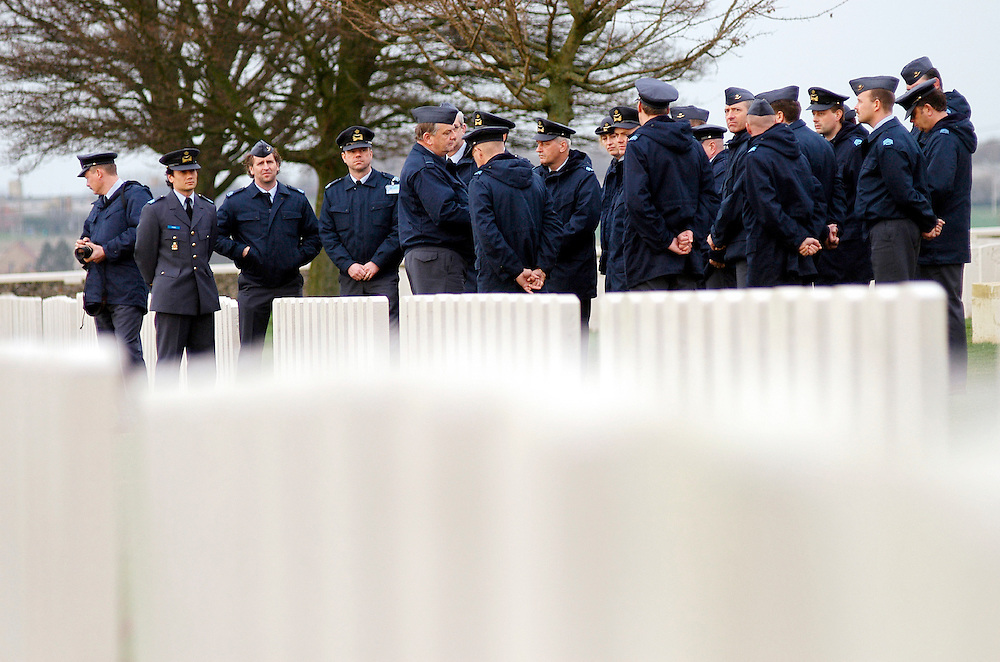