North Mitrovica, Kosovo 18 February 2011
Italian Carabinieri at the bridge over the Ibar, which divides the city in two.
The New Bridge has become an iconic symbol of Kosovo division, as it separates around 80,000 Kosovo Albanians in the south from about half as many Serbs living in the north.
It is used as a military checkpoint and provides a border between Serb and Albanian Kosovar population.
Since the end of the Kosovo War of 1999 Mitrovica has been divided between an ethnic-Albanian-majority south and an ethnic-Serb-majority north. Its northern part is the de facto capital of the Serb enclave of North Kosovo.
Photo: Ezequiel Scagnetti 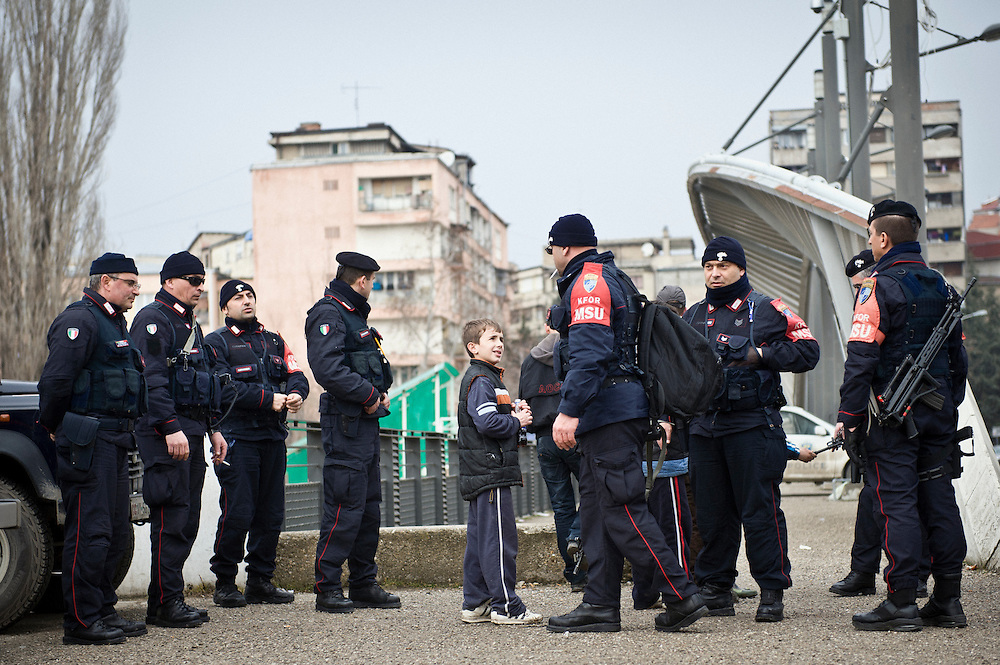